View source
watch 01:36
We're Getting Mutants in the MCU - The Loop
Do you like this video?
Play Sound

Written out in decimal form quintillion (in the short scale) is:

Nicolas Chuquet coined tryllion for 1018 (not to be confused with 1032), according to the Triparty en la science des nombres, which was previously lost and not rediscovered until 1880. [6][7] Later it became trillion in long scale.

As a banknote denomination

Only the Hungarian pengő had banknotes with this number in the denomination. 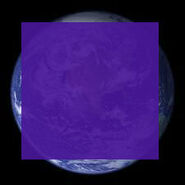 A quintillion square centimeters in comparison to the earth.